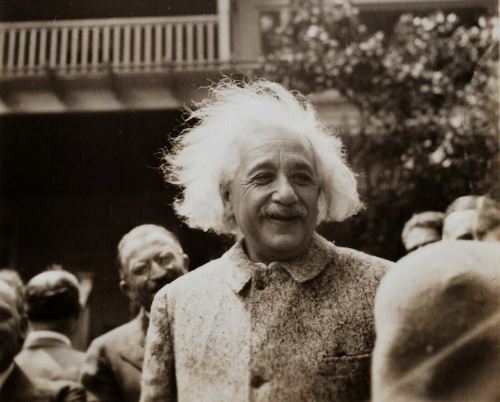 Albert Einstein, for reasons too numerous to go into here, is a personal hero of mine. “Avuncular” is a good word to describe him; he is the deadly-smart uncle with crazy hair we all want… that is, until one learns about his personal life. But, nonetheless, his public persona is one I respect immensely. His words, in their simplicity, their sagacity interpolated or genuine, are powerful. Here, I will post the quote, and under it I’ll give a one or two sentence explanation of my interpretation of it.

“In order to form an immaculate member of a flock of sheep one must, above all, be a sheep.”

Einstein was never what one might call a “conformist”. Especially in the context of academia, his iconoclasm provided inspiration for my own dissidence since early high school. This quote, if I had to guess, might have been in reference to 4.0 GPA’s… but that’s just my best estimate.

“The only thing that interferes with my learning is my education.”

Although I believe Einstein (and F. Scott Fitzgerald) cribbed this line from Mark Twain, I nonetheless say this quote–some agglomeration of Einstein, Twain, and Amory Blaine’s versions–to myself when the going gets tough at school. I have it written on an index card I keep thumb-tacked next to my door knob. I see it every day.

“Common sense is the collection of prejudices acquired by age eighteen.”

I’m in the middle of breaking away from the majority of these prejudices… of which there are many.

“…one of the strongest motives that lead men to art and science is escape from everyday life with its painful crudity and hopeless dreariness, from the fetters of one’s own ever-shifting desires. A finely tempered nature longs to escape from the personal life into the world of objective perception and thought.”

This, of all Einstein’s quotes I will mention here, is the one that affects me most right now. I am torn between business and writing fiction and nonfiction, between international relations, systems theory and neurology, psychology, and cognitive science. Although I believe I am suited for the world of “innovation” (God, what an awfully hackneyed word) in the world of entrepreneurship, I know, at some deep, visceral level that the only way I would ever be truly happy would be to recluse myself from the harshness, the brutality, and (more often than not) the soul-crushing banality of day-to-day life to craft and curate worlds of my own: perfect recreations of the “real world”, where crushing denouement, its resultant ache plays synecdoche for realization.

“If A is a success in life, then A equals x plus y plus z. Work is x; y is play; and z is keeping your mouth shut.”