Since (finally) graduating from college in March and spending much of April on a couch recuperating, I spent the latter three quarters of 2016 doing a lot of writing, both for money (from Mattermark and other clients) and for pleasure (i.e. in my personal blog, in The Missive and my newsletter). 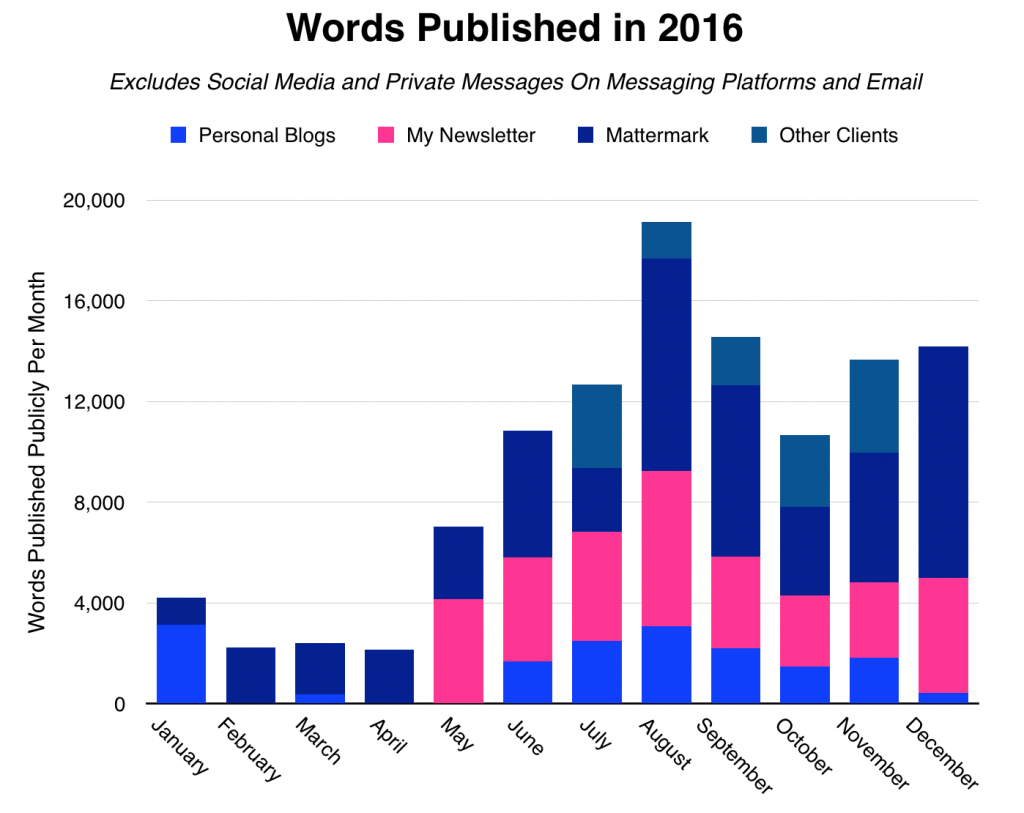 Here’s a rundown of some of the statistics:

Here are some of my general observations from this year:

In sum, 2016 was likely the most prolific year of all my time spent writing things on the internet. That being said, I’ve reached an inflection point.

On the one hand, I genuinely love learning and explaining things, but on the other I have to contend with the facts that

Thankfully, I have an outlet for that latter bit through my work with the Python Software Foundation as co-Chair of Startup Row at PyCon, but I’m eager to build that into something bigger alongside my partners in that project.

Now that I have some metrics to compare myself against, my ultimate goal for 2017 is not necessarily to write more or less, but to write better, more valuable things, and to reach more people. If you’ve made it to the end of this navel-gazing post, you’re the type of person I’m counting on for feedback and support over the next year. It ought to be a fun year.