Below is an excerpt of an essay I wrote for Flyover Geeks. Read the whole thing here. 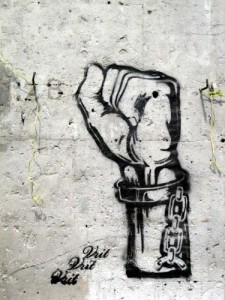 As the (very) unofficial higher-education reporter for Flyover Geeks, I’ve said a lot about college, what’s wrong with it, some of its good bits, and how it needs to change. The first piece I published here was about the dangers of corporatism, and the soul-sucking nature of “good jobs” in large companies. As a general rule, a minuscule proportion of complainers ever do something about what bothers them; whether their action is to a stand and fight to change a broken system, or leave such systems entirely, most just don’t. And that, more than anything else, depresses me.

FG Reader, whoever you are, this is not another sardonic article from Jason Rowley. Consider it a mini manifesto. I want you to reclaim yourself.

Doesn’t it seem a little irrational, this subsumption of personal happiness beneath… what, exactly? I challenge you, especially if you work a corporate job (which I’m not denigrating, I just think you could do better), to answer this question: why would you ever, ever do something for any extended period of time if, in the morning, you couldn’t upon waking leap from your bed and say, as Gary Vaynerchuk might suggest and say of each new day that you are going to CRUSH IT!!!! with four exclamation points?