Flying due east out of Philadelphia and coming out over the Atlantic, we flew over a small seaside community protected, as if a citadel, by delicate but strong breakers.

The propellors’ sound is poorly insulated against, and the tight warm cabin sounds vaguely like the foley tape to a movie involving WWII-era aviation, except without the rat-tat-tat of machine guns or concussions of bombs. 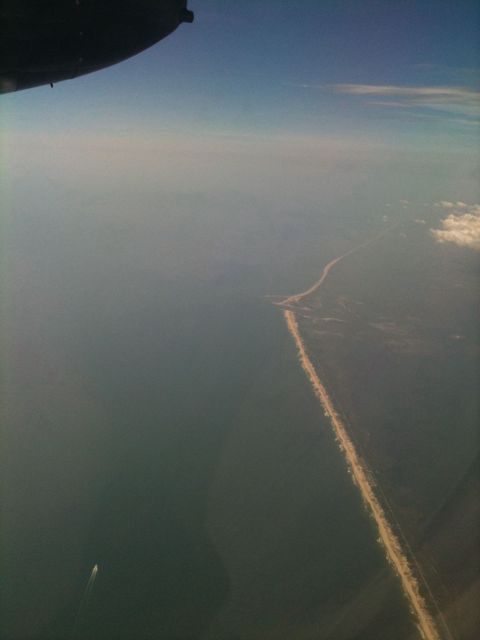